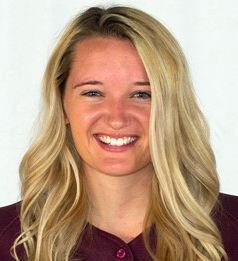 A four-year starter, Bloomingdale will assist head coach Alyssa Morris, who was hired earlier this month after previously serving as the head coach at Union College in Barbourville, Ky.

The Shenandoah University women’s soccer team is the preseason No. 7 selection of the ODAC coaches in poll results released Wednesday.

Shenandoah, which went 3-6 in its pandemic-delayed season in the spring, has 76 points in the 13-team poll.

Defending champion Bridgewater is picked to repeat. The Eagles have 138 points and seven first-place votes. Washington & Lee (four first-place votes) is second with 133 points, Virginia Wesleyan is third with 119 and Lynchburg (two) is fourth with 116.

Voting was done on a 12-1 basis with coaches unable to vote for their own teams in the poll.

Shenandoah opens its season next Wednesday with a 4 p.m. non-conference home game versus N.C. Wesleyan.