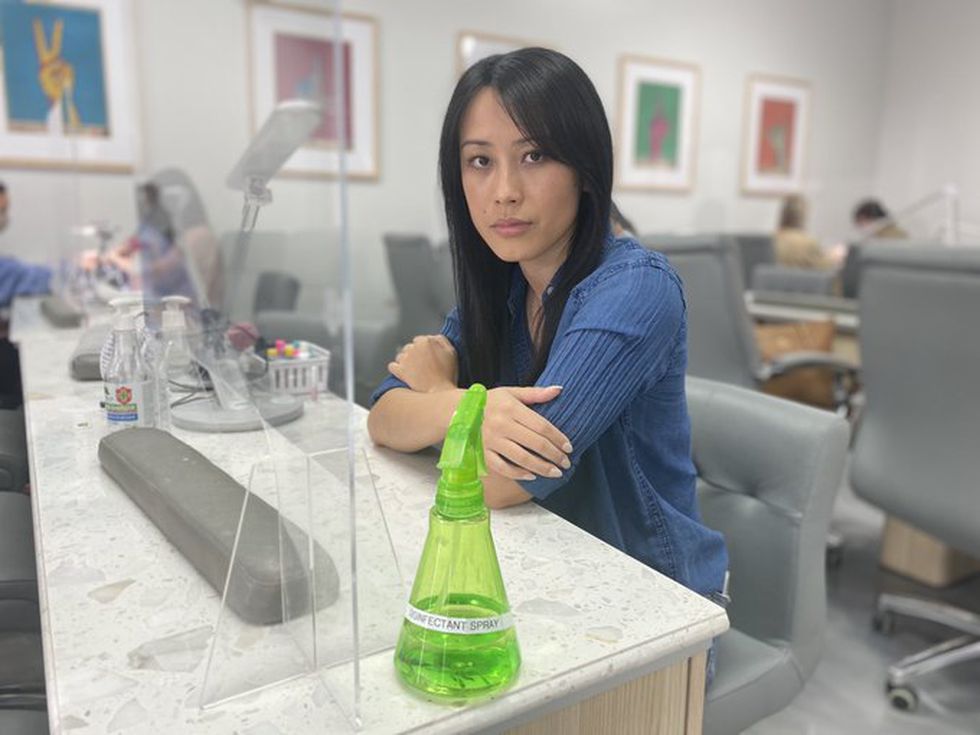 LEXINGTON, Ky. (WKYT) – Concerns over the safety of Asian Americans have risen in recent months. A record number of hate crimes against Asian Americans was reported during the pandemic year, and the spa shooting spree in Atlanta leaving six Asian women dead has elevated fears for many.

For employees in one Lexington-area nail salon, the shootings in Atlanta have been a lot to process.

“I don’t know how to feel, I don’t know what to feel. I’m still processing,” said Kim Huynh, owner of The Nail Shop. “I own salons and most of my staff, they’re not only just female, they’re my family.”

She said the murder of six Asian women has been shocking.

“I think sometimes people forget when you’re part of a marginalized community, when something hits one person, you feel it trickle through all of us,” Huynh said.

Business owner and community organizer and activist Dan Wu has spent half of his life in Lexington. He said he’s faced racism his whole life.

“Kids would, when I was in school, would pull the corners of their eyes at me, or call me “flat face” or make ching chong noises at me,” Wu said.

He and Huynh said microaggressions can make people feel like they don’t belong.

“I challenge people that when you see anyone being rude to another person because of a language barrier, step in,” Huynh said.

Wu said Asian Americans have fallen victim to more racism during the pandemic.

“I know my friends who own Chinese restaurants in Lexington in the first six or eight months of the pandemic, their business dropped. There were a lot of people who didn’t want to go to a Chinese restaurant because of that link of it being a ‘China virus,’” Wu said.

Both business owners encourage people of all races to get engaged in the conversation by using the #StopAsianHate hashtag on social media.

“It’s very easy for people to say, ‘Oh that doesn’t happen in Lexington, Lexington’s a different kind of place, we’re a peaceful place, we all love each other,’” Wu said. “I don’t want to ever get to the point where Lexington makes the national news for once of these incidents, and in order for us not to get to that point, we have to do the work now, whether it’s changing hearts and minds, whether it’s legislation, whether it’s reforming the police system, whether it’s demanding for more justice.”

He said accountability and engagement in a national conversation is a step toward equality.

A 21 yr old man had been charged with murder and aggravated assault after killing 8 people in Atlanta spas. 6 of the victims were Asian women. Before that, concerns about violence toward Asians during the pandemic…Tonight I talk to business owners about #StopAsianHate @WKYT pic.twitter.com/OmSZIjhAKU