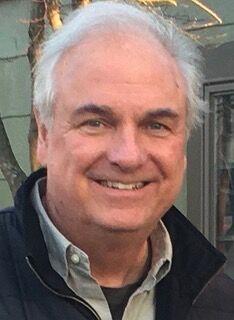 FLOYD COUNTY — Scott Stewart defined it as a “two-horse race” for the future headquarters of Floyd County government operations, as choices are being narrowed down with a facilities recommendation expected in September.

New Albany will move out of the City-County Building this year, and the consensus is that the property will be converted into a judicial center.

But the structure is in need of major renovations, and the New Albany-Floyd County Building Authority is weighing how to upgrade the property while also addressing other space needs.

The City-County Building is located at 311 Hauss Square in downtown New Albany.

Any path the county takes will cost millions of dollars and is expected to shape the face of county services for the next 50 years. With those factors at play, Stewart said the committee and building authority are doing due diligence and have hired three firms to explore preliminary design, cost and payment methods for the projects.

In terms of the headquarters, officials are focusing on the North Annex off Grant Line Road or the construction of another structure adjacent to the City-County Building in downtown New Albany.

The headquarters will hold administrative and tax-based departments such as those at Pine View Government Center and the City-County Building. Stewart has mentioned the county would likely no longer need Pine View after the move, but it would have to find a new home for the youth shelter that’s located at the property.

Another component of the plan is the M. Lucille Reisz Building along East Spring Street near the Vincennes Street intersection. Once probation services are moved to the City-County Building as part of the judicial center, the 24,000-square-foot Reisz Building will be vacant.

Stewart said it could be a good location for the Floyd County Health Department, and selling the property has also been discussed. Those are some of the scenarios the firms will examine, along with the future headquarters.

Redeveloping the North Annex, which is adjacent to Sam Peden Community Park, into a mixed-use government and private development site has its appeal to many county officials.

“Is there a creative approach that can turn that not only into a government center, but a community center?” Stewart said while updating the commissioners on the project.

Members of the committee and the firms will be engaging with county office-holders and managers in the coming weeks to gauge their needs and garner their input. Commissioners President Shawn Carruthers said advancing the county’s technology use will be a pivotal part of all of the changes, and he encouraged department heads and managers to realize the project is about the public’s needs.

“Don’t just think about getting a bigger space, but rather, how we can provide better service,” he said.

Over the next three months, the committee and building authority will, with the help of the firms, narrow down cost estimates and produce preliminary design plans and layouts.

“We are in the homework phase. It’s not exciting, but it’s urgent to get these projects right from the start,” Stewart said. “We don’t want any surprises, and I know the county council doesn’t either.”