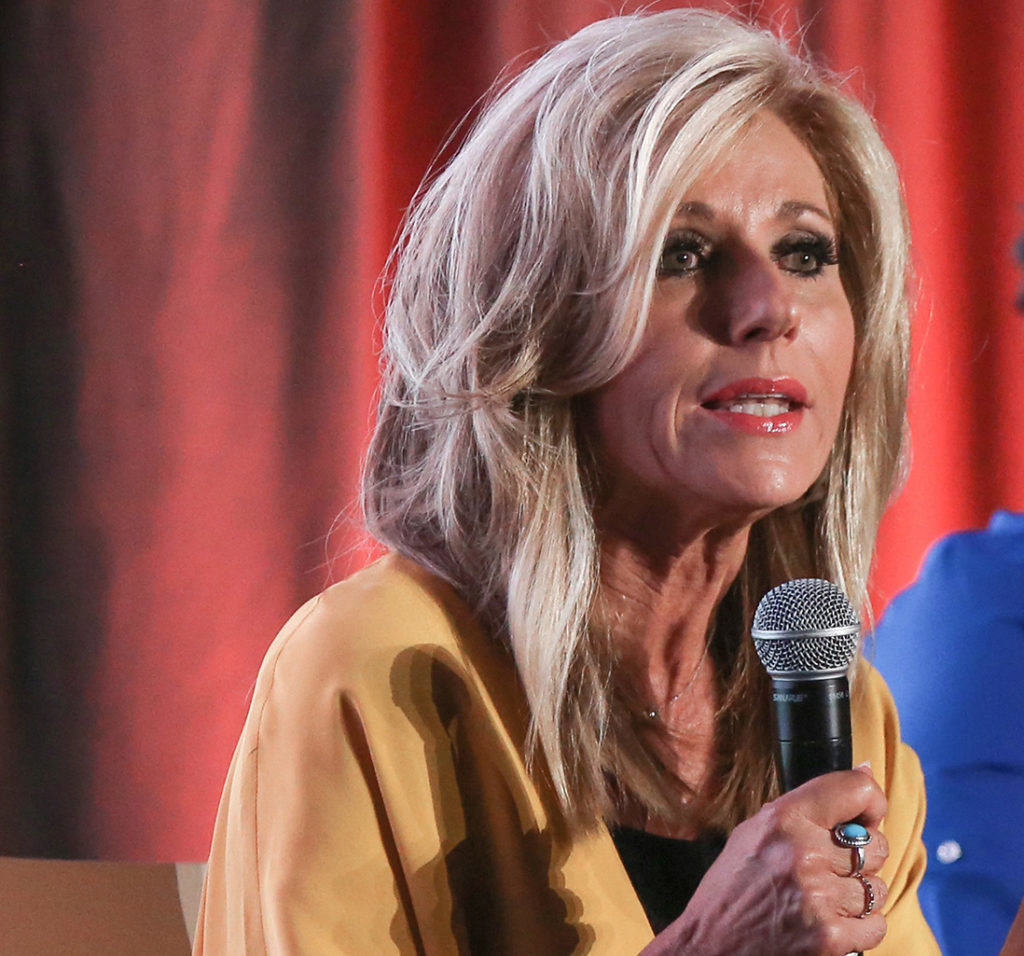 NASHVILLE (BP) – Longtime Bible study leader Beth Moore has publicly announced that she is ending her affiliation with the Southern Baptist Convention and Lifeway Christian Resources, relationships stretching back more than three decades.

Moore made the announcement through an interview with Religion News Service (RNS) Tuesday.

Moore told RNS her perception of the SBC began to change in 2016 with the election of Donald Trump as president. Specifically, she cited his behavior toward women as revealed in an Access Hollywood tape and a lack of condemnation from Southern Baptist leaders.

On May 3, 2018, Moore published A Letter to My Brothers outlining her experience as a woman ministry leader in Southern Baptist life. October 2016, she wrote, brought attitudes from “key Christian leaders that smacked of misogyny, objectification and astonishing disesteem of women and it spread like wildfire.”

As stories of sexual abuse in Southern Baptist churches became more widely known, Moore became a leading voice for accountability and healing. That culminated in her taking part in a panel at the 2019 SBC Annual Meeting in Birmingham, “Sexual Abuse and the Southern Baptist Convention,” which was attended by nearly 1,300 messengers, guests and media. But in the RNS interview, she said by that point, she no longer felt a part of the SBC.

Though no longer her publisher, Lifeway will still carry Moore’s books and Bible studies. She remains listed as a speaker for an October cruise.

“Lifeway is thankful for the partnership we’ve had with Beth Moore for more than two decades,” Lifeway President Ben Mandrell said. “We will continue to pray for her and her ministry moving forward. We look forward to working with Beth in new ways to encourage women to encounter God in His Word.”

“We will continue to love, pray and support Beth for years to come,” Loyd said. “We are so thankful that God has allowed us to be a part of how He has used Beth to help women engage Scripture in deep and meaningful ways and help them grow in their relationship with Jesus Christ.

“Beth helped lay a strong foundation for Lifeway in the women’s Bible study space that continues to be built upon by Lifeway authors and teachers like Priscilla Shirer, Kelly Minter and so many others.”

As an 18-year-old, Moore experienced a calling to work for God. The calling eventually led to the devotionals she gave as an aerobics instructor at First Baptist Church in Houston before she turned toward writing. Her first study presented to Lifeway in the early 1990s was rejected. But in 1995, one year after Moore founded Living Proof Ministries, Lifeway published “A Woman’s Heart: God’s Dwelling Place.”

She became a star at Lifeway. By February 2015, when she was honored for 20 years with the entity, her studies had reached more than 21 million people around the world and had been translated into 17 languages. During that span she had also conducted 166 Living Proof events, each of which drew thousands.

“Untold men and women have come to Christ because of her influence both directly and indirectly,” Lifeway’s then-president Thom Rainer said at the time. “She has been a stalwart for the Word of God, never compromising. And when all is said and done, the impact of Beth Moore can only be measured in eternity’s grasp. We are privileged to honor her this day.”

From 2001-2016, Living Proof Ministries built its assets from $1 million to $15 million. But after her criticism of Trump, Moore’s book sales hit a tailspin as did ticket sales to her events. Those losses from 2017-2018 totaled more than $1.8 million, RNS reported.

Comments on Twitter also led to controversy. Leading up to Mother’s Day 2019, fellow writer Vicki Courtney posted that she would be preaching at a church. Moore replied with “I’m doing Mother’s Day too! Vicki, let’s please don’t tell anyone this.”

A discussion among Southern Baptists and other evangelical leaders ensued on whether women can serve as pastors and whether Moore was advocating for that position. Some accused Moore of wanting to be nominated for SBC president that June, a notion she never implied.

She told RNS the entire course of events perplexed her.

“We were in the middle of the biggest sexual abuse scandal that has ever hit our denomination. And suddenly, the most important thing to talk about was whether or not a woman could stand at the pulpit and give a message,” she said.

Ongoing vitriol over Critical Race Theory and Black pastors leaving the denomination as well as politics and Christian nationalism have further solidified her decision, she told RNS.

“At the end of the day, there comes a time when you have to say, this is not who I am,” Moore said.

Moore and her husband Keith are visiting a church they consider “gospel-driven,” though not tied as closely to the SBC. In the RNS piece, she expressed a fondness for Southern Baptists as a people and the editorial and marketing teams she worked with at Lifeway.

“These are people that I love so dearly and they are beloved forever,” she said. “I just have not been able to regard many things in my adult ministry life as more of a manifestation of grace than that gift of partnership with Lifeway.”