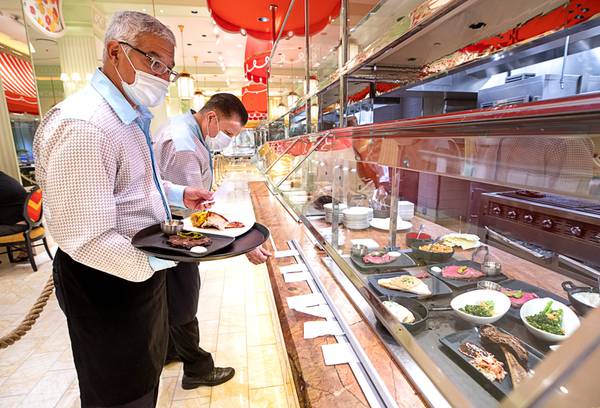 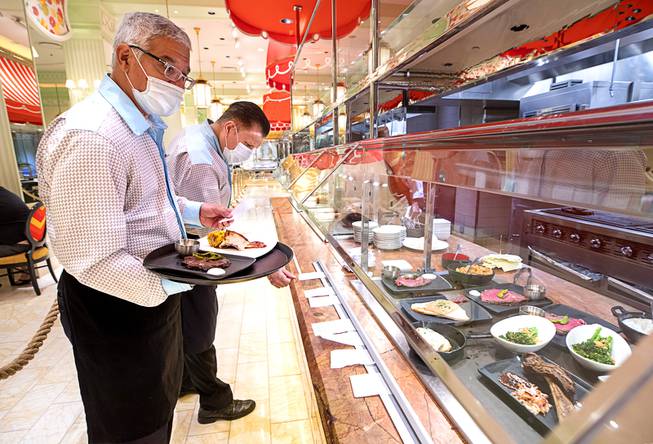 With the transition of most COVID-19 mitigation and enforcement measures from state to local control on May 1, the last of the still-closed businesses and amenities will be clear to reopen, pending approval next week from the Clark County Commission.

A small rural county with limited virus activity, like Storey County, might be able to reopen fully on May 1, Clark County Commission Chairwoman Marilyn Kirkpatrick said Wednesday. Clark might move more slowly to strike a balance.

“Remember that Clark County is the engine that drives the train economically,” she said. “We’re also the engine that has the highest unemployment rate. So we do not want to shut back down. We need a measured approach so that we can continue to stay on top of it.”

Clark County posted its 33-page plan before Gov. Steve Sisolak announced Tuesday that Nevada is positioned to return to full capacity June 1, and the county’s plan notes in several places that if a governor’s directive is less restrictive than the proposed local measures, the county will follow the more permissive rule.

“Each county in Nevada is unique and has different factors to consider: rural or urban settings, community transmission rates in the area, and vaccine administration, among a few,” Sisolak said.

Also, although the county’s proposed mitigation and enforcement plan puts social distancing in local hands, the state remains under a mask mandate.

The completed plan must be approved by a commission vote for submittal to Sisolak for the final green light. The state COVID-19 task force will conduct a final review of Clark County’s plan to provide feedback and recommendations on April 22.

The march toward reopening and local control comes as the disease remains in a downward trend. As of Wednesday, new cases were at a seven-day average of 100 a day in Clark County, and no new deaths have been reported here since Monday, according to the Southern Nevada Health District. The local test positivity rate is 5.1, and 41% of the county’s population 16 and older has received at least one vaccination, according to the Nevada Department of Health and Human Services.

Here’s some of what could be relaxed:

• Tables at bars and restaurants can accommodate up to 10 guests. Currently the maximum is six.

• Buffets, “which are a big part of who we are in Clark County,” Kirkpatrick said, will go back to the self-serve format for all you can eat, and eat and eat.

• Body art parlors can resume doing tattoos and piercings in and around the nose and mouth as long as the artist wears full personal protective equipment — both face mask and shield. Services will remain by appointment only.

• Adult entertainment will return. Although some have been operating as bars and restaurants, they can go back to entertaining with nude or nearly-nude dancers, at least minus the masks. Entertainers and patrons must be masked if not actively eating, drinking or smoking, or singing or playing an instrument that requires the removal of a mask. Entertainers must maintain a 6-foot distance from patrons, so no lap dances.

Strip clubs are among the only business types still shuttered.

“Allowing only adult entertainment venues to not fully function while they are completely legal businesses is very unfair,” said Adam Gentile, owner of the Palomino Club in North Las Vegas. “I’m hoping we’re allowed, on May 1, to finally be open again as an adult club, instead of a G-string club.”

Nightclubs and dayclubs, another business type that has been mothballed, can welcome guests, again with everybody masked unless drinking, eating or smoking. Dance floors are prohibited if social distancing requirements are applicable.

One industry that will stay under uniform state control? Casinos. Gaming floors will remain under the purview of the Nevada Gaming Control Board.

The county collaborated with cities, institutions and business interests to draw up the plan.

North Las Vegas City Manager Ryann Juden said in a letter to the commission that the plan provides clarity.

Major sports and entertainment players are already gearing up for the return to more-or-less normalcy. Electric Daisy Carnival, the dance music mega-festival and open of Vegas’ biggest annual entertainment events, is negotiating a May 21-23 stand at the Las Vegas Motor Speedway, and the Ultimate Fighting Championship announced Wednesday that its July 10 card at T-Mobile Arena would be before a capacity crowd.

UFC President Dana White announced his plan Wednesday for the promotion’s first sellout show in its hometown since the start of the coronavirus pandemic. Dustin Poirier and Conor McGregor will fight for the third time.

“I am so happy to finally be able to say Vegas is back,” White said.

Kirkpatrick said she expects a 100% return to form June 1 if Clark County stays the course on beating back the virus.

“I think that we can absolutely get there as long as people continue to get vaccinated and get tested to ensure that it’s not spreading within our community,” she said.

Sun reporter Bryan Horwath and the Associated Press contributed to this report.