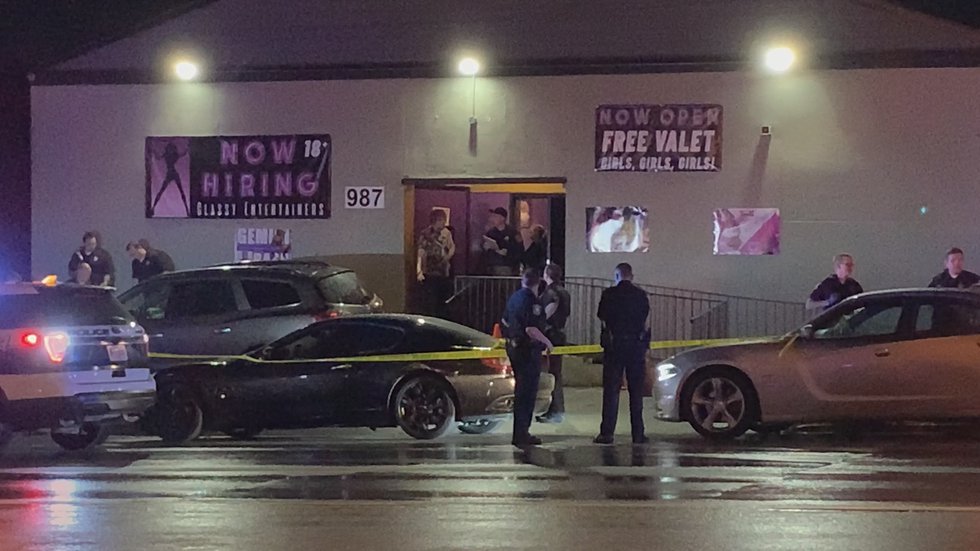 For business owners along Winchester Road, this isn’t the first time they’ve seen crime tape up after a deadly shooting this year.

In April, someone was killed outside of the Office Gentleman’s Club on Winchester Road. Tuesday night’s shooting is the third fatal shooting on that section of Winchester Road in 2021.

People who work along the stretch say news of another shooting sadly isn’t that surprising to them.

“I actually watch the news to see if anything has happened across the street. Like literally, that’s why I watch the news at 6 a.m.,” said Angela Jenkins with Encounters Styling Salon.

The shooting near the Office Gentleman’s Club was actually the second of the night for Lexington police. They were first called to Hedgewood Court around 11:30, where they found a man who had been shot and killed inside of a car.

Then, around 2:30 a.m. they got another call of shots fired. Police say they found a 43-year-old man in the parking lot next to the club who had been shot. They said he died at the scene.

Men were killed in shootings in April and May in the same area, and bullets have hit businesses across the street.

“Our vans have had bullet holes in them. Flat tire, took it up there, there was a bullet in the tire,” said Oren Miller with Ramsey’s.

Jenkins says she takes some comfort in knowing these shootings have always happened well after her salon has closed.

“I wouldn’t want it to ever be an effect on my business, that my clients don’t feel comfortable coming in here in this area. Since it’s so common,” Jenkins said.

“So far during the day it doesn’t seem to be a problem. Why it’s happening at night, and that place over there seems to be a magnet for it. I don’t know why,” Miller said.

We have tried to get in touch with the owners of that club to see if they have any comment on the violence. A number on their website goes to a voicemail that hasn’t been set up.

Police don’t believe the two shootings from Tuesday night are connected. So far, we don’t know of any arrests.