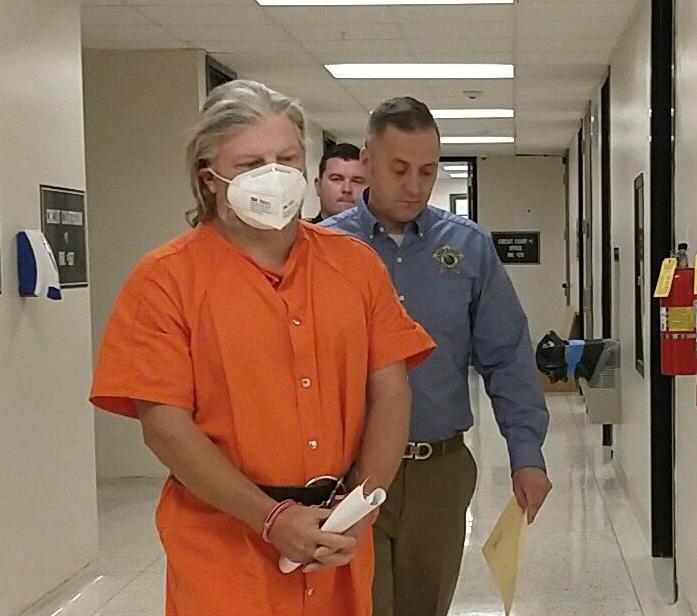 JEFFERSONVILLE — A man charged with murder in the June 9 shooting death of a Clarksville woman at her home has appeared for an initial hearing in Clark County.

Thomas Smith, 51, was arrested near Bowling Green, Kentucky, within hours of police responding to the shooting of Michelle R. Slaughter, 54, on Harrison Avenue in South Clarksville.

Smith has been held in Kentucky for more than a week and was extradited to Clark County Wednesday. He is being held without bail.

Court records show Clarksville police responded to the home in the 100 block of Harrison Avenue at 4:10 a.m. that day on a report of a shooting. Slaughter was found in an upstairs bedroom with two to three gunshot wounds, and though aid was rendered, was dead at the scene.

A witness at the home told police Smith had brushed past and into the house and that an argument ensued between Smith and Slaughter before several loud bangs. The witness said Smith then left in his truck parked outside. He was later arrested in Kentucky.

Clark County Prosecutor Jeremy Mull confirmed that the defendant and victim did know one another, but investigators have not yet said exactly what their relationship was.

During the initial hearing in Clark County Circuit Court No. 1, Judge Dan Moore entered a standard plea of not guilty and ordered that a public defender be appointed. A pretrial conference is set for July 15 with a trial scheduled for Oct. 12.