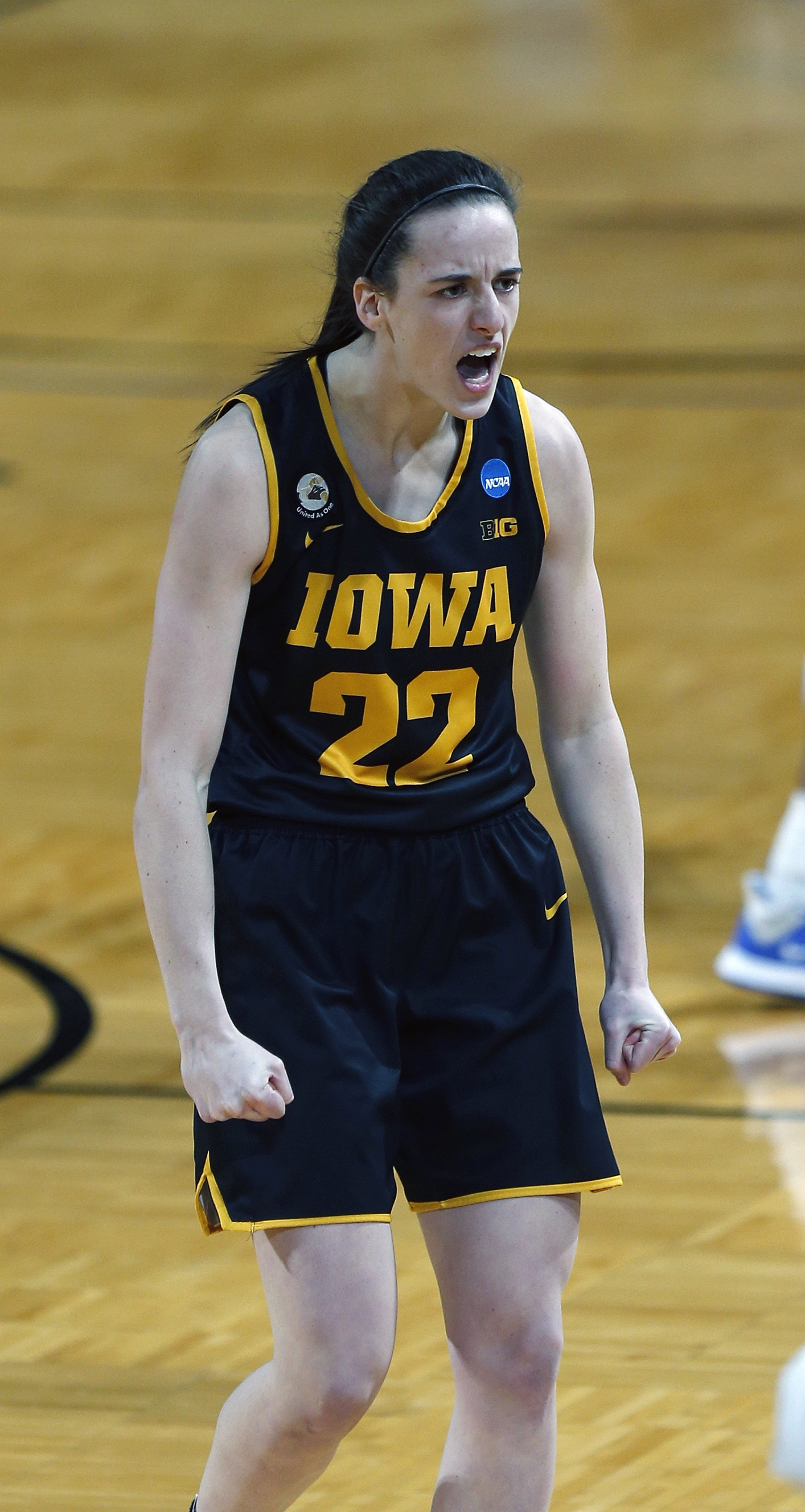 SAN ANTONIO (AP) — Iowa freshman Caitlin Clark is stepping up on the big stage of the women’s NCAA Tournament,…

SAN ANTONIO (AP) — Iowa freshman Caitlin Clark is stepping up on the big stage of the women’s NCAA Tournament, and really stood out in a small gym to send the Hawkeyes to the Sweet 16.

Clark finished with 35 points on 13-of-21 shooting and six 3-pointers after outscoring Kentucky on her own in the first half, and the Hawkeyes advanced with an 86-72 victory Tuesday in the second-round game played in the cozy arena on the campus of Division II school St. Mary’s University.

“I really liked the court, obviously. It kind of seemed like a high school court in a way, the arena was pretty compact,” Clark said. “It was a shooter’s gym. … I thought that was totally on display.”

The fifth-seeded Hawkeyes (20-9) had what coach Lisa Bluder called a perfect start, scoring the game’s first 11 points — with all five starters getting a basket, Clark’s being a 3-pointer.

They led throughout to advance past the second round for only the third time in their 14 NCAA appearances during Bluder’s 21 seasons. They did go to the Elite Eight in the last tourney two years ago before losing to eventual champion Baylor.

“Getting everybody involved like that is so good for us. You start out 11-0, make them call that timeout real quick,” Bluder said. “That was one of the best starts I’ve seen in a long time, on both ends of the court.”

Two-time AP All-American guard Rhyne Howard finished with 28 points to lead the fourth-seeded Wildcats (18-9). She was 1 of 7 shooting in the first half, but finished 8 of 21 with five 3-pointers, along with eight assists. Dre’Una Edwards added 16 points and Jazmine Massengill 10.

After fourth-seeded Kentucky finally got its first basket of the game, Clark passed ahead to Monika Czinano for a breakaway layup. Surrounded by defenders later in the first half, Clark whipped a cross-court pass to McKenna Warnock wide open on the left wing for a 3-pointer that made it 44-20.

A second-team AP All-American who entered the game as the national leader with 26.5 points per game, Clark also had seven rebounds and six assists. Her 35 points and six 3-pointers were both NCAA tournament records for Iowa.

“She was making tough shots. It’s like asking what teams do against me, I’ve been in that position multiple times and it hasn’t worked,” Howard said. “We made her take tough shots and she was hitting. She was hot and making everything. There’s not much we could’ve done.”

“We didn’t give enough resistance,” Wildcats coach Kyra Elzy said. “We were playing star defense (on Clark) and it was hard to double (inside). We needed to push out a little bit more. … It was a disappointing finish.”

Iowa led 49-22 at halftime of the River Walk Region game. Clark got the last of her 24 points before the break on two free throws with 3 seconds left.

“I came out, my shot was feeling nice, and I just kept it going from there,” said Clark, who had a good feeling during shootaround in the 3,800-seat gym a few miles from the Alamodome, where the rest of the games will be played.

“If she thinks it’s a shooter’s gym, let her have it,” Bluder said. “She was feeling good. ”

Iowa will play River Walk Region No. 1 seed UConn, which has a standout freshman of its its own in All-American guard Paige Bueckers.

Like Iowa, the biggest run for Kentucky was 11 points in a row. The Wildcats’ long spurt was over 2 1/2 minutes in the third quarter. When Massengill’s layup capped it, they were still down 55-39. Iowa then got a 3-pointer from Warnock and a three-point play by Clark.

“That was amazing, I mean 22 points we held them to in the first half, 11 in each quarter,” Bluder said. “I just thought we came out with really great defensive energy in that first half. It was tremendous.”

Copyright © 2021 The Associated Press. All rights reserved. This material may not be published, broadcast, written or redistributed.