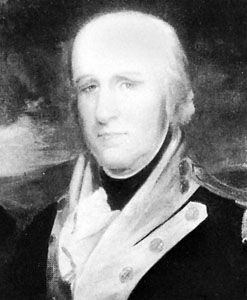 George Rogers Clark, (born November 19, 1752, Albemarle county, Virginia [U.S.]—died February 13, 1818, near Louisville, Kentucky, U.S.), frontier military leader in the American Revolution, whose successes were factors in the award of the Old Northwest to the United States in the Treaty of Paris, concluding the war.

Spurred by Great Britain’s taxation without fair representation, this political uprising led to the formation of the United States of America. Test your knowledge of the thirteen colonies’ quest for independence in this quiz.

Trained by his grandfather, Clark engaged in surveying along the Ohio River in the mid-1770s. He became interested in the Kentucky country around Harrodsburg and opposed those who sought to establish an independent colony of Transylvania there. At the outbreak of the Revolution, Clark persuaded the Virginia government to make Kentucky a separate county and to authorize him to enlist troops for its defense against the British and Indians along the frontier.

In May 1778 Clark, with an expedition of about 175 men, took two Mississippi River settlements—Kaskaskia and Cahokia, both in present-day Illinois. At Kaskaskia, Clark gained the friendship of Pierre Gibault, who induced the French at Vincennes on the Wabash River to change their allegiance. When reinforcements promised from Virginia failed to arrive, Clark withdrew to Fort Nelson (now Louisville) on the Ohio River and made that his base for the rest of the war. In 1780 he helped defeat a British expedition sent against the Spanish settlement at St. Louis. That same year, in what is now Ohio, he destroyed the Shawnee Indian towns of Chillicothe and Piqua; in 1782 he razed Shawnee villages and destroyed crops in the Miami River valley.

Throughout the war Clark and his men received no pay for their services. Furthermore, Clark was held responsible for debts incurred for supplies, since Virginia, despite its promises, never reimbursed him.

Clark was appointed an Indian commissioner after the war, and in 1786 he helped negotiate a treaty with the Shawnees. The same year, he led an expedition against the Wabash tribes and seized goods taken to Vincennes by Spanish traders.

James Wilkinson, a double agent in the pay of Spain, coveted Clark’s command and his post of Indian commissioner. After a deliberate campaign to discredit Clark, Wilkinson was appointed Indian commissioner and Clark was relieved of his military command. Thereafter Clark became involved in a scheme to found a Spanish colony west of the Mississippi River. In 1793 he accepted a French major general’s commission in connection with French emissary Edmond-Charles Genêt’s mission to involve the United States in hostilities between France and England. Clark returned to Louisville in 1799 and resided there until his death.