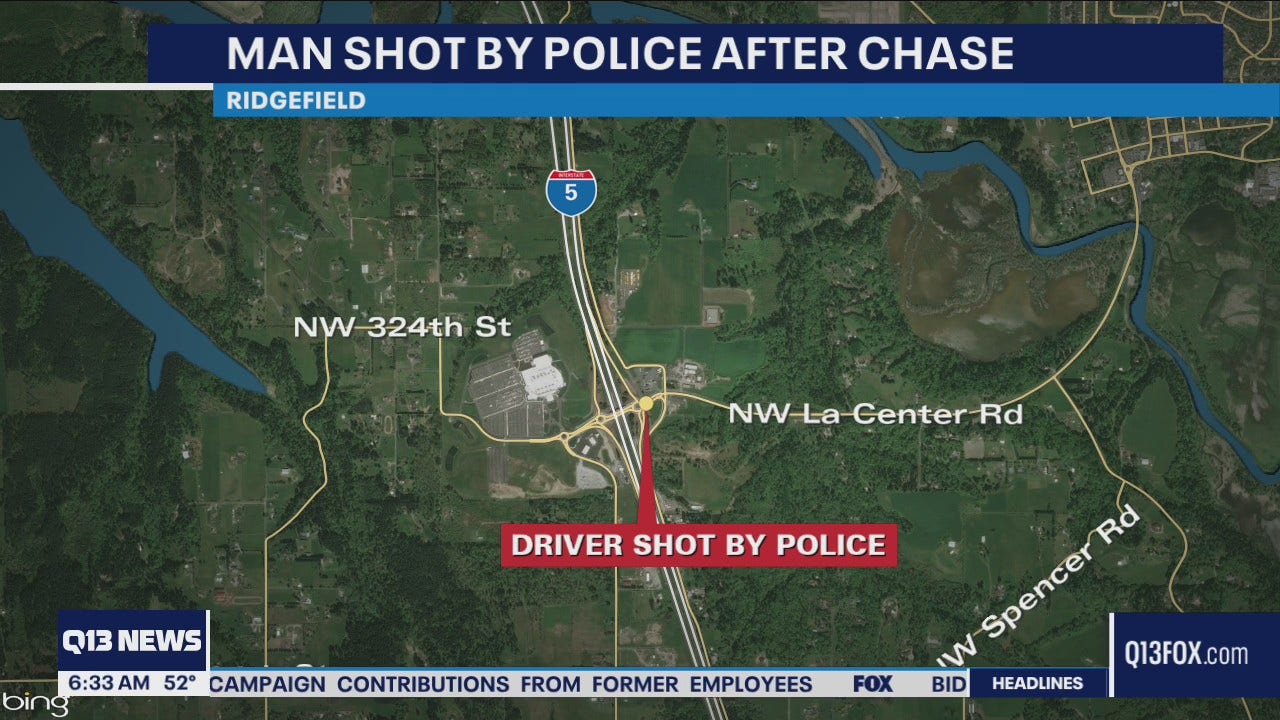 Man shot by police after chase

The chase happened along I-5 in Clark County and ended when the suspect crashed into another vehicle.

RIDGEFIELD, Wash. – An investigation is underway in Clark County after police shot a man following a chase on I-5 Thursday night.

Authorities say it started just after 7 p.m. A man was driving with a woman in the vehicle and speeding down I-5. He refused to pull over when police tried to stop him, eventually taking the La Center exit and crashing into another vehicle.

Police say troopers from Washington State Patrol and officers from the Cowlitz Tribal Police Department were involved in the chase. They shot the man when he refused to get out of the car.

The man was taken to a nearby hospital and is in serious but stable condition.

Stay connected with Q13 News on all platforms: