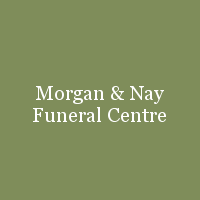 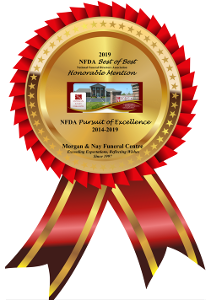 For the seventh consecutive year, Morgan & Nay Funeral Centre has merited Pursuit of Excellence distinction for 2020 from the National Funeral Directors Association (NFDA). To attain this recognition, a funeral home must meet the highest of professional, ethical and operational standards as well as serve its clients and community in a caring, supportive, innovative manner. NFDA will honor Morgan & Nay President/Owner Rodney L. Nay at its national convention in Nashville in 2021. This milestone certainly gladdens our hearts and motivates us to do even more for the funeral profession, the families we serve and the community we call home.

In our quest to provide clients and neighbors in Hanover and Saluda Townships a service closer to home and dear to their hearts, Morgan & Nay Funeral Centre opened its Hanover Chapel in 2017.  The recipient of seven consecutive Pursuit of Excellence distinctions from the National Funeral Directors Association (2014-2020), Morgan & Nay upholds the same mission for the Hanover Chapel that has distinguished the Madison location for 23 years, Exceeding Expectations, Reflecting Wishes.  We certainly know the value of local with its attributes of family ties, community traditions and familiar faces. 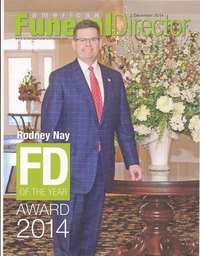 2014
Funeral Director
of the Year

An icon in the mortuary publishing field for 140 years, American Funeral Director magazine in November 2014 honored Rodney Nay, president/owner of Morgan & Nay Funeral Centre, with its highest distinction – “Funeral Director of the Year.” Nay, who has been in the funeral profession 34 years, graced the front cover of the magazine’s December 2014 issue, plus headlined the lead story inside. A division of Kates-Boylston Publications, American Funeral Director recognized Nay in a formal ceremony in St. Petersburg, FL when it unveiled the cover of the December issue. The judges selected Nay on the basis of community involvement, role model for funeral service profession, innovative approach to funeral services, customer service, outreach programs and outstanding business acumen in sales and marketing. The publication announces the national recipient each November. 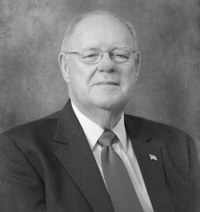 In Memoriam
of George D. Morgan

A member of the Madison mortuary profession for 53 years, George D. Morgan helped establish the Morgan & Nay Funeral Centre in 1996 along with business colleagues Keith Webster and brothers Rodney and Roger Nay. We fondly remember and salute George’s compassionate demeanor, friendly ways, love for children, humorous sayings, fascination with trains and his big, firm handshake that sealed deals and confirmed lifelong friendships. And every day on the business side of our operation, we continue to implement the high standards – in policy, procedure and customer service – that George laid forth 21 years ago. George, who died June 20, 2013, truly exemplified the thrust of our mission statement, A Trusted Neighbor – Exceeding Expectations, Reflecting Wishes. 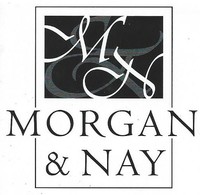