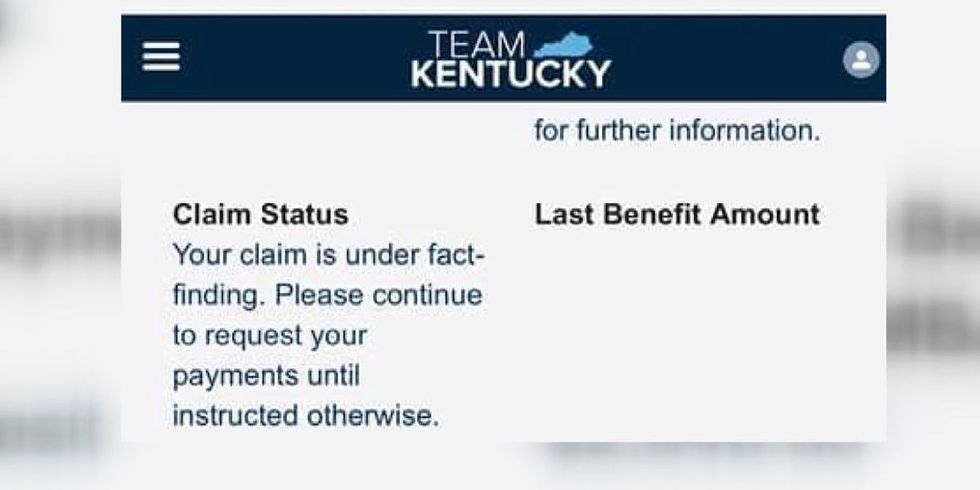 LOUISVILLE, Ky. (WAVE) – After a year since the pandemic began, Kentucky’s unemployment system continues to experience issues impacting those whose livelihoods depend on it.

Several dozen unemployed Kentuckians reached out to WAVE 3 News stating their claim recently went under “fact-finding,” and they haven’t been able to receive benefits since.

“The glitch that is throwing people under investigation (fact-finding) is the number one issue that everyone is having,” Mick Duenas, whose claim is under “fact-finding,” said.

Duenas, who spoke to WAVE 3 News in early February as she worked to get her claim out from “under investigation” was finally successful after five and a half months of receiving no benefits. She said received her backpay from the state’s unemployment office only for her claim to be put under “fact-finding” a short time later.

“Now I’m caught up [on bills[ but I’m at zero again, so it’s like the whole cycle starts over again,” Duenas said.

The new problem began when Kentucky launched itsnew unemployment website, which cost the state approximately $4 to $6 million and is supposed to be more “user-friendly” and “secure,” according to General Counsel to Gov. Andy Beshear Amy Cubbage.

“Hopefully it will help you get through the claims process a little bit easier and with fewer mistakes,” Cubbage said during a COVID-19 news briefing earlier this month.

However, many told WAVE 3 News the website is likely creating more problems.

At last check, 41,000 unemployment claims remain unprocessed in Kentucky. The state has not given any explanation as to why claims are being put under “fact-finding,” and according to Duenas, the unemployment office has provided no help to resolve the issue.

“It’s been difficult,” Duenas said. “The unemployment [money] helps, and when you’re not getting it, you feel like your life is put on hold. You have to decide whether you’re going to make a credit card payment or buy groceries,” she continued. “These problems are just snowballing, and they just keep getting bigger and bigger, and it’s really hurting a lot of residents of Kentucky.”

Kentucky’s unemployment office continued its trend of ignoring WAVE 3 News’ requests for information and guidance when we inquired about the “fact-finding” issue. However, after learning about WAVE 3 News’ interview with Duenas, the office fixed her claim.

Kentucky’s unemployment office will begin in-person appointments in Louisville on April 15. Those looking for assistance can book a spot here, but the office had not posted any openings at the time this article was published; there is little information about when the appointments will be available for booking.