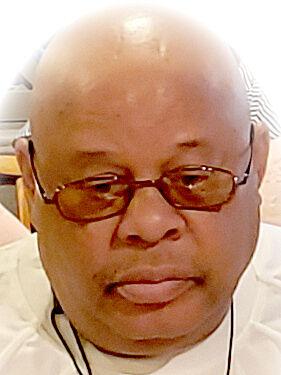 REAGIN, Charles Wayne, age 80, of Winchester, passed away on Saturday, March 6, 2021, at his residence. He was born on Nov. 14, 1940, in Huntsville, Alabama, to the late Curtis Arvy and Wilma Couch Reagan. Charles was a veteran of the U.S. Army and was employed for many years as a truck driver for Batesville Casket Company. When he wasn’t on the road driving trucks he could be found having breakfast with his truck driving friends, going dancing, telling jokes, and working on word search puzzles. He was a hardworking man who was very loyal and dependable to all who knew him. In addition to his parents, he was preceded in death by his wife, Mary Alice Reagin and siblings, A.C. Reagan, Billy Reagan and Margie Gooch. He is survived by his daughter, Lisa Reagin of Winchester; son, Jeff Reagin of Winchester; sister, Wilma (Bill) Hourd of Tampa, Florida; special friend, Carol Cash of Fayetteville; and a host of nieces, nephews and friends. Visitation was held on Saturday, March 13, 2021, from noon to 2 p.m. at Moore-Cortner Funeral Home in Winchester. Funeral services were conducted on Saturday, March 13, 2021, at 2 p.m. in the chapel of Moore-Cortner Funeral home with Rev. Charles Houston officiating. Interment was in the Elora Cemetery. Moore-Cortner Funeral Home, 300 1st Ave. NW, Winchester, TN 37398, 931-967-2222, www.moorecortner.com.

WATSON, Clara Estalene “Mema,” age 89, of Belvidere, passed away on Wednesday, March 10, 2021. She was born on May 10, 1931, in Princeton, Alabama, to the late Lem Augusta and Esther Mae Hambrick Grider. She worked for many years as a seamstress with the shirt factory, shoe factory, Shaw carpet mill, and eventually retired from Amana. In her younger years she would help her father pick cotton after work. She used her seamstress skills not only at work but also at home making clothes and embroidering things for her family. She was a member of the Huntland First Baptist Church. Estalene was a skilled canner, gardener and cook, and loved to go to Keith Springs Mountain to go camping with her family and friends. She was a loving mother, grandmother and friend who will be greatly missed by all who knew her. In addition to her parents, she was preceded in death by her husband of 69 years, Jack Watson; son, Dwight Watson; and siblings, Winston Grider and Tom Grider. She is survived by her daughter, Jacqueline (Richard) Atkinson of Belvidere; grandson, James (Carie) Atkinson; granddaughter, Kristie (Jimmy) Latham; great-grandchildren, Clara Latham, William Latham, Jack Latham, Ethan Latham, Daisy Latham, Micah Atkinson and Ezekiel Atkinson; sister, Clemmie Lee of Huntland; a host of nieces and nephews; and four-legged best friend, Cricket. Visitation was held on Friday, March 12, 2021, from 5-8 p.m. at Moore-Cortner Funeral Home in Winchester. Funeral services were conducted on Saturday, March 13, 2021, at 10 a.m. in the chapel of Moore-Cortner Funeral Home with Rev. Mike Robinson and Rev. James Atkinson officiating. Interment followed in the Mt. Carmel Cemetery. Moore-Cortner Funeral Home, 300 1st Ave. NW, Winchester, TN 37398, 931-967-2222, www.moorecortner.com.

ELLIOTT, Kenneth Gray, age 74, of Estill Springs, passed away on Thursday, March 11, 2021, at his residence. A native of Franklin County, he was born on Jan. 14, 1947, to the late Virgil and Mary Steele Elliott. He served in the United States Marine Corp during the Vietnam War and was later employed as a police officer with the Franklin County Sheriff’s department. In his free time he loved to go fishing, attend yard sales, collect coins, and spend time with his beloved dog, “Little Bit.” In addition to his parents, he was preceded in death by his wife, Carolyn Jean Elliott; brothers, William Elliott, Bonnville Elliott, Bethel Elliott, Johnny Elliott, Joseph Owensby and Victor Elliott. He is survived by his daughters, Sherry Anthony Pallanti of Highland, Indiana, and Sonia Terry; sons, Mark (Robin) Elliott, Kirt (Vickie) Elliott and Brian Elliott; six grandchildren; one great-granddaughter; brothers, Huey Elliott of Winchester, and L.G. Elliott of Lavergne. Visitation was held on Tuesday, March 16, 2021, from 11 a.m. to 2 p.m. at Moore-Cortner Funeral Home in Winchester. Funeral services were conducted on Tuesday, March 16, 2021, at 2 p.m. in the chapel of Moore-Cortner Funeral Home with Rev. Todd Coutta officiating. Interment was in the Franklin Memorial Gardens in Winchester. Moore-Cortner Funeral Home, 300 1st Ave. NW, Winchester, TN 37398, 931-967-2222, www.moorecortner.com.

CORNELISON, Thomas “Tommy” McKinley Jr., age 87, of Tullahoma, passed from this life on Thursday, March 11, 2021, at NHC of Tullahoma. Tommy was born on Aug. 11, 1933, to the late Thomas and Jennie Cornelison. He was an U.S. Army veteran. He attended Harmony Baptist Church. Tommy enjoyed working on many things. There was not a task that he could not do. He was a great woodworker and mechanic. He enjoyed collecting anything electronic and most importantly spending time with his family. In addition to his parents, he was preceded in death by his wife, Betty Cornelison; two brothers, Harold Cornelison and James Cornelison; and sister, Nancy Cornelison. He is survived by one son, Mike Cornelison; two daughters, Ilona Ho and Andrea Cornelison; one brother, Robert Cornelison (Virginia); three sisters, Gracie Higginbotham (Ray), June Franklin (Bob), and Joyce Reid (Leonard); and six grandchildren. The family received friends at Tullahoma Funeral Home on Saturday, March 13, 2021, from 1-4 p.m. Graveside services were conducted on Sunday, March 14, 2021, at 11 a.m. at Elmwood Cemetery in Birmingham, Alabama. Tullahoma Funeral Home, 401 Westside Dr., Tullahoma, TN 37388, 931-455-4567.

HOEMAN, Marvin “Ralph, age 81, of Moore County, passed away on March 12, 2021, peacefully in his sleep at Elk River Nursing Center. Ralph was born on June 30, 1939, in Ypsilanti, Michigan, to the late Marvin Hoeman and Louise Adams, both of Michigan. Nine brothers and sisters preceded him in death. Ralph is survived by his wife of 60 years, Frances Hoeman; son, Duane Hoeman of Portsmouth, New Hampshire; daughter, Veronica (Marvin) Betts of Moore County; and grandsons, Joshua Hoeman and Jason Hoeman of Portsmouth, New Hampshire, and Jared (Megan) Betts of Johnson City, Tennessee. No services are scheduled. A very special “thanks” goes to all the great caregivers at Elk River for Ralph’s very compassionate care. Moore-Cortner Funeral Home, 300 1st Ave. NW, Winchester, TN 37398, 931-967-2222, www.moorecortner.com.

GREETER, John W., age 85, of Cowan, passed away on Saturday, March 13, 2021, at Southern Tennessee Regional Health System. He was born in Chattanooga, on Sept. 14, 1935, to the late Harvey and Ethel (Roberson) Greeter. He had served in the Tennessee Army National Guard. Before his retirement, John had been the owner and operator of Greeter Building Center. He had a great interest in politics and was a strong advocate of education for all children. He was an active member of the Friends of South Cumberland and had earned the Jim Prince Memorial Award for his years of service and leadership in the group. John was a kind and generous man, and he always saw that others had what they needed. He attended Trinity Episcopal Church. In addition to his parents, he was preceded in death by his son, Alan Greeter and wife, Lois Bradley Greeter. John is survived by his loving companion, Sandra Johnson of Cowan; daughter, Patricia Nobles of Murfreesboro; grandchildren, Ashton Nobles, Caleb Purdue, Seth Nobles, Lauren Elizabeth Harless, Mary Madison Tesler, and John Parkes Tesler; fur babies, Coco and Teddie; and extended family, Brad (Keri) Thompson, Everett Thompson, Angie (Jamie) Jacks, Levi Jacks, Jama (Logan) King, Brandt King and Honey King. Visitation was held on Wednesday, March 17, 2021, from 11 a.m. to 2 p.m. at Moore-Cortner Funeral Home in Winchester. Funeral services were conducted on Wednesday, March 17, 2021, at 2 p.m. in the Moore-Cortner Funeral Home chapel with Rev. Amy Lamborn and Rev. Jim Pappas officiating. Interment followed in the Monteagle Cemetery. Moore-Cortner Funeral Home, 300 1st Ave. NW, Winchester, TN 37398, 931-967-2222, www.moorecortner.com.

RICE, Justin Andrew, age 17, of Estill Springs, Tennessee, departed this life unexpectedly on Saturday, March 13, 2021, at Monroe Carell Jr. Children’s Hospital at Vanderbilt in Nashville, Tennessee. He was born on July 14, 2003, in Brevard, Florida. Justin loved to attend school and was in the eleventh grade at FCHS. He and his family attend the Estill Springs Nazarene Church. Justin enjoyed horseback riding, dancing, basketball, baseball and swimming. He was also a John Cena fan. He loved riding his bike in the back yard, going to Orlando and rodeos. Justin squeezed a lifetime of living into just 17 years. He was a huge fan of all super heroes. Justin will be remembered for his love of adventure and living for his next adventure. He was known for his many costumes he loved to wear and especially the ones of his super heroes. Little did anyone know that he, would become a real hero because Justin was able to save three lives by his gift of organ donation. Justin was preceded in death by his maternal grandmother, Neva Bair and Uncle Jeffrey Rice. He is survived by his parents, Jerry and Elizabeth Rice of Estill Springs; sisters, Jessica Hope and husband, Billy of Port St. John, Florida, and Stephanie Rice of Leyton, Utah; maternal grandfather, Gene Bair of Estill Springs; paternal grandparents, James and Martha Rice of Estill Springs; aunt, Vicki Harmon; uncle, James Harmon and wife, Theresa, all of Tullahoma; nephew, Braxton Carpenter; niece, Savannah Carpenter; numerous cousins; “The Boys” and his favorite horse, Bullseye. Visitation for Justin will be held on Thursday, March 18, 2021, from 5-8 p.m. in the chapel of Grant Funeral Services in Estill Springs. Services are scheduled for Friday, March 19, 2021, at 1 p.m. in the chapel of Grant Funeral Services with Pastor Matt Hastings officiating. Interment will follow in the Rose Hill Memorial Gardens. Arrangements have been placed in the care of Grant Funeral Services, 103 Peters Road, Estill Springs, TN 37330. 931-649-3585.

MAXWELL, Shawn Michael, age 58, of Winchester, passed away on Monday, March 15, 2021, at his residence surrounded by his loving family. A native of Franklin County, he was born on March 3, 1963, to the late James Taylor and Sue Yvonne (Clark) Maxwell. He graduated from Franklin County High School in 1981, and ATI College in Miami, Florida, in 1988. He stayed in Miami, Florida for 24 years and worked as a respiratory therapist. Shawn enjoyed growing tropical plants and creating stained glass art. He also enjoyed the time he spent volunteering at the Franklin County Animal Harbor and being a foster parent for cats and dogs. In addition to his parents, he was preceded in death by his grandparents, Joe and Vera Clark and George and Alta Maxwell. Shawn is survived by his sister, Susan (Dennie) Nelson; brother, James C. Maxwell; nephews, Adam (Ashley) Nelson, Eric Nelson, and Ryan Nelson; great-nephews, Harrison Nelson and Harper Nelson; great-niece, Victoria Nelson; and beloved fur baby, Jojo. Visitation will be held on Thursday, March 18, 2021, from 4-6 p.m. at Moore-Cortner Funeral Home in Winchester. Funeral services will be conducted on Thursday, March 18, 2021, at 6 p.m. in the Moore-Cortner Funeral Home chapel with Rev. Todd Coutta officiating. Moore-Cortner Funeral Home, 300 1st Ave. NW, Winchester, TN 37398, 931-967-2222, www.moorecortner.com.

SODERBOM, Margaret “Peggy” Baker, age 84, resident of Lehigh Acres, Florida, passed away on Dec. 18, 2020, at Cape Coral Hospital in Florida.  She was a former resident of Winchester.  Peggy was born on April 15, 1936, to the late Hamilton and Elizabeth Baker of Winchester.  She is survived by her husband, Richard Soderbom; children, Beth Simmons and David Soderbom; and three grandsons, Ben Simmons, Brad Simmons and Ian Soderbom.  Peggy graduated from Franklin County High School and attended Mary Hardin Baylor in Texas, and MTSU.  She was a school teacher and then principal at Broadview Elementary School.  She was a member of Delta Kappa Gamma and the Retired Teachers Association.  A graveside service will be held on Saturday, March 27, 2021, at 2 p.m. at Franklin Memorial Gardens in Winchester.  Moore-Cortner Funeral Home, 300 1st Ave. NW, Winchester, TN 37398, 931-967-2222, www.moorecortner.com.