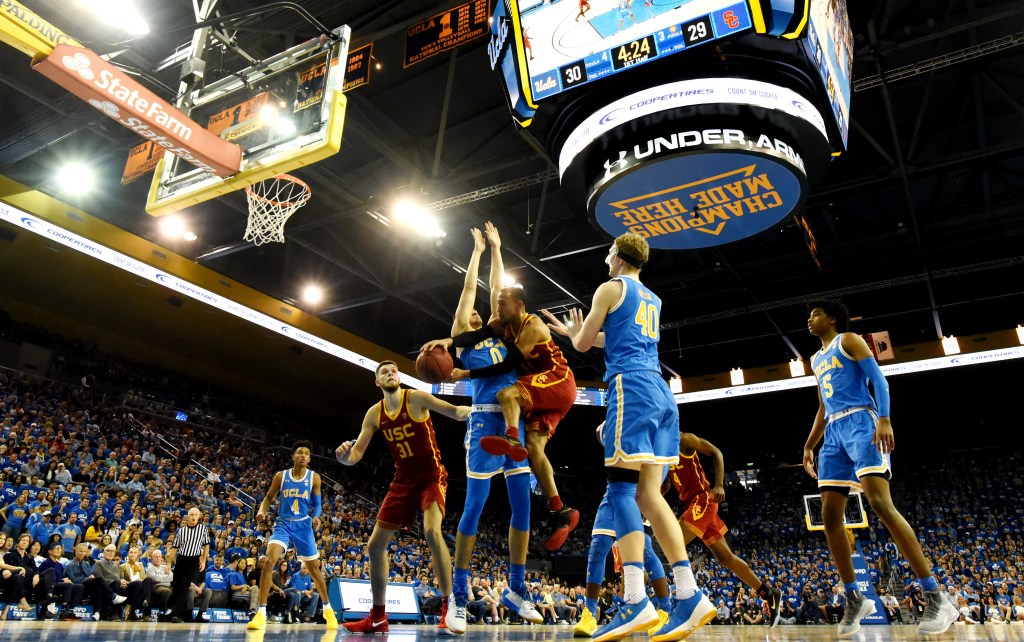 Five-star basketball prospect Skyy Clark announced his commitment to Kentucky on Thursday afternoon via Instagram. Clark, a 6-foot-3 combo guard, is ranked the 14th overall prospect in the nation for the 2022 class by 247Sports.com.

UCLA was one of four final choices for Clark, along with North Carolina and Memphis.

Clark was a two-year standout at Heritage Christian High in Northridge before he recently moved to Nashville, Tenn. Playing in UCLA’s backyard gave hope to Bruins fans that he might sign and play at Pauley Pavilion, but he’ll be playing college ball in another shade of blue.

Clark didn’t pick UCLA, but there are a crop of national recruits that still could. Long Beach Poly standout wing Peyton Watson (2021) has already committed to UCLA – he’s ranked 18th nationally for his class.

Here are three realistic prospects for UCLA — all have offers from the school — to keep an eye on:

Bailey is a back-to-back CIF Open Division champion with Sierra Canyon (Chatsworth) with two more high school seasons to play. An all-around, superstar-caliber player, Bailey is an outstanding athlete, shooter and defender, and he’s ranked as the No. 4 overall prospect for 2022 and the No. 1 combo guard in the class nationally (higher than Clark). Bailey was committed to UCLA as a freshman, when the Bruins had a different coaching staff, but that doesn’t mean he won’t pick them again and play in his hometown.

Baldwin is a 6-foot-9 wing from Hamilton High in Wisconsin. He’s the No. 1 ranked recruit in the 2021 class by 247Sports.com, which deems UCLA’s chances of landing him “warm.” Landing Baldwin would be the highest-rated prospect for UCLA since No. 3-ranked Lonzo Ball (Chino Hills) in 2016.

Hardy plays for Coronado High in Nevada, and that might help UCLA’s chances, as he’s closer to Westwood than Baldwin (although a change of weather would be an upside, of course). Hardy is 6-foot-4, 190 pounds and ranks 4th overall nationally and is the No. 1 combo guard for 2021.