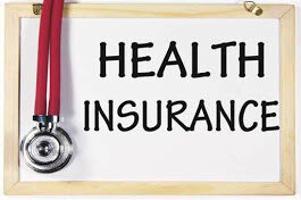 A number of insurance-related bills on the governor’s desk deal with a wide range of topics including diabetes, telehealth, mental-health parity, co-payments for both private and public health insurance, and payments to cover the expanding role of pharmacists.

The one getting the most attention during the session would cap the monthly out-of-pocket cost for a 30-day supply of insulin at $30 for Kentuckians covered by state-regulated, comprehensive, private health insurance plans and the state employee health plan. It would not apply to Medicare, Medicaid or self-funded health plans.

The bill would cover about 30 percent of insulin-dependent Kentuckians, Rep. Patti Minter, D-Bowling Green, told The Associated Press. She is a primary sponsor of the bill, with Rep. Danny Bentley, R-Russell.House Bill 95 won final passage after the Senate agreed to drop the changes it made, which would have increased the monthly co-pay to $35 and made the bill effective immediately upon becoming law. The original and current versions of the bill make it effective Jan. 1, 2022.

“Kudos to Rep. Danny Bentley for his leadership on this bill to reduce the out-of-pocket costs for Kentuckians who are dependent on insulin,” Ben Chandler, president and CEO of the Foundation for a Healthy Kentucky, said in a news release. “It’s an important first step to reduce costs that currently add up to as much as several thousand dollars every month. The next step is to extend the price cap to all Kentuckians who need insulin to live.”

The price cap would apply regardless of the amount or type of insulin the person with diabetes needs.

Angela Lautner, with Kentucky #Insulin4All, also expressed her gratitude to Bentley for his work on the bill, noting that outside federal action to limit the “unjust list price of insulin,” state action is necessary to help Kentuckians who depend on insulin to live, while at the mercy of the manufacturers.

“When it may cost no more than $6.16 to make 1 vial of insulin, the prices that many of us pay, or have paid, for insulin is cruel and wrong,” Lautner said in an e-mail.

She called on legislators to pass a more encompassing measure, like “Alec’s Bill” that Minnesota passed last year to honor the life of  Alec Smith, who was unable to afford the $1,300 monthly cost of his insulin and diabetes supplies and died rationing them after aging out of his parents’ insurance.

Alec’s Bill would “guarantee insulin to uninsured Kentuckians and assist those whose prescribed insulin has been removed from insurance coverage without begging for our very lives through patient assistance programs or coupons that aren’t always available to us when needed,” Lautner said.

Lautner said at her last count Kentucky is the 13th state to limit insulin copayments, and the first in the tri-state region of Kentucky, Ohio and Indiana. She said several states are working on similar bills.

According to the 2020 Kentucky Diabetes Fact Sheet, 13.7% of Kentuckians have been diagnosed with diabetes, and an estimated 158,200 adults have the disease, but are undiagnosed. Not all use injectable insulin.

Co-pay accumulators: SB 45, sponsored by Sen. Ralph Alvarado, R-Winchester, would limit the use of health plans’ copay-accumulator programs, which prevent cost-sharing paid on behalf of enrollees from counting toward their out-of-pocket limits.

In short, SB 45 would require health insurers to count all payments made by patients directly or on their behalf toward their overall deductibles and maximum out-of-pocket costs, unless a generic drug is available. It would not apply to the Kentucky Employees Health Plan.

Insurance payments: SB 44, by Alvarado, ensures that any insurance payments made on behalf of an individual by a nonprofit are counted just as if the patient made it themselves.

The Senate agreed to House changes in SB 44 that updates a sunset clause in another bill that requires health-care providers to tell women whose mammograms show dense breast tissue that such tissue is not abnormal, but slightly increases the risk for developing breast cancer until 2025. That same legislation asks providers to encourage “digital mammography” that provides a three-dimensional image of the breast. Another change ensures that the insured is responsible for payment, even if made by someone else; and bans providers from paying premiums for their patients.

Medicaid co-pays: SB 55, sponsored by Sen. Stephen Meredith, R-Leitchfield, would get rid of all co-pays required by Medicaid.

The bill would ensure that Medicaid and its managed-care organizations don’t deny telehealth reimbursement “based on quality-of-care protocols established by health care facilities,” and that reimbursements paid to rural health clinics and other facilities include a supplemental reimbursement.

The House agreed to Senate changes that say certain regulations for telehealth be no more restrictive than for in-person services and allows Medicaid, its managed-care organizations and other insurers to negotiate lower reimbursement rates for telehealth services with providers.

Pharmacy reimbursements: HB 48, by Bentley, a retired pharmacist, would allow commercial insurance to reimburse pharmacists for providing medical care that other health-care providers typically bill for, such as a rapid flu test, smoking-cessation counseling or immunizations. Beshear signed the bill March 18.

A fiscal impact statement says HB 48 will increase premiums and health-care costs about 20 cents a month for commercial insurance customers.

Mental health: HB 50, sponsored by Moser, would make health plans comply with a 2008 federal law that requires them to treat mental-health conditions and substance-use disorders the same as physical conditions, and file annual reports to show how they are complying. Beshear signed this bill March 12.

“Mental health and substance use disorders are often treated differently than other health conditions by insurers, but there is no health care without mental health care,” Alvarado said in presenting HB 50 to the Senate. “When there is a disparity in treatment, it causes harm. Many people go without treatment for years with disparities worsening by the day. There is an average delay of 11 years between the onset of mental illness symptoms and the time most people access treatment.”