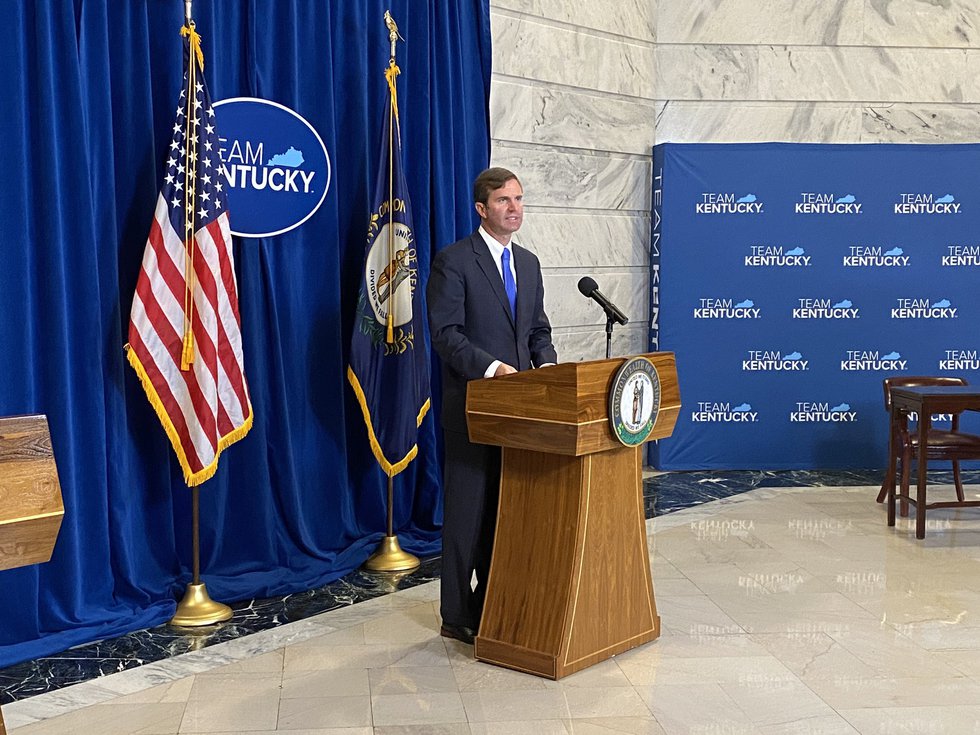 FRANKFORT, Ky. (WKYT) – It’s a fight that Kentucky has been working on for well over a decade – putting a stop to human trafficking.

On Wednesday, Governor Andy Beshear announced 46 people were arrested and 21 victims, including two minors, were rescued in Operation United Front.

“Labor and sex trafficking is one of the worst evils imaginable,” said Governor Beshear. “It subjects victims to unspeakable harms. It violates them over and over.”

The multistate human trafficking sting was carried out Aug. 26 by 29 agencies across Kentucky.

Attorney General Daniel Cameron and his predecessor, now Governor Beshear, both placed a large emphasis on cracking down on cases of human trafficking in Kentucky.

Governor Beshear said the scale of this operation was unprecedented and the Attorney General commended the organization and cooperation that made this possible.

“I cannot stress enough that when we break down silos this is what happens,” said Attorney General Cameron. “That bad actors are on notice that their conduct is not welcomed here. That our streets are safer and that our people can live more freely.”

A list of the names of those arrested can be found here.

@GovAndyBeshear and @kyoag announced that Kentucky law enforcement along with 11 other states made more than 100 arrests related to human trafficking as part of Operation United Front. 46 of those arrests came in KY. I’ll have more on this announcement coming up on @WKYT pic.twitter.com/ZSTC6eeDwx

Get the WKYT News app on ROKU, Apple TV and Amazon Fire.(WKYT)