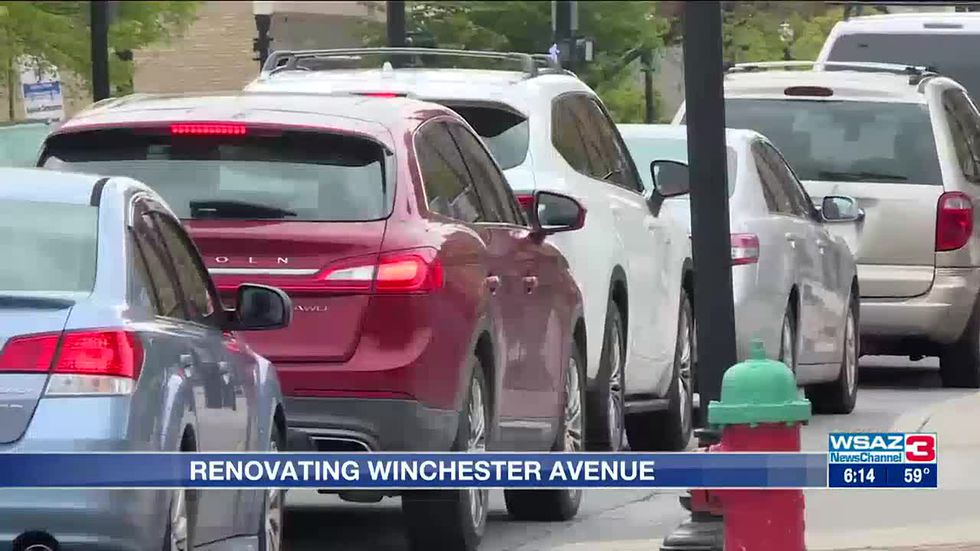 ASHLAND, Ky. (WSAZ) -A series of traffic changes would make the city of Ashland more pedestrian-friendly, as officials look to renovate Winchester Avenue.

“Taking Winchester down to two lanes has been a priority for some people for actually about 15 years. The first traffic study was done in 2005 or 2006 … We got a grant for the study this time,” said City Commissioner Amanda Clark. “We want to slow the traffic down and make it a destination. You park your car, you get out and walk.”

While there are three different ideas about how to tackle the project, each would significantly impact traffic.

Under Plan No. 1,traffic lanes would be slimmed down from four lanes to two, with traffic lights maintained at the intersections. At the bridge, a right-hand turn lane would allow easier access. As for parking, the plan would add three additional parking spaces and have front angled spots.

Of the plans, option 1 comes with the cheapest price tag at $2.9 million.

Plan No 2. would replace the stoplights at the intersections of Winchester at 14th, 15th, 17th, and 18th streets with roundabouts, adding back-in rear angled parking. The roundabouts would be 50 feet from each edge, with an angled 4- to 6-inch raise allowing trucks to maneuver with an attached trailer.

For pedestrians, it would provide additional mid-block crosswalks.

Plan No. 3 would also add four roundabouts, with 16th Street without rear-angled parking, because it would implement a traffic divider to be placed in the center of the intersection. This would prevent traffic from directly coming across Winchester. Instead, traffic would have to turn onto their corresponding lane and drive to the next roundabout to turn around if they want to hang a left.

According to the study, the City Commission prefers the third alternative — as it meets most of their goals.

“The first one is less expensive than the roundabout options. We don’t know how this project will be funded,” said Commissioner Clark. “We have some assurance, though, that if we go with the trifecta which includes the reverse angle parking, the two-lane conversion, and the roundabouts, there could be state and federal dollars to make that happen.”

No decision has been made yet on which plan will become a reality for Winchester Avenue. The city will host public comment meetings before making a decision.