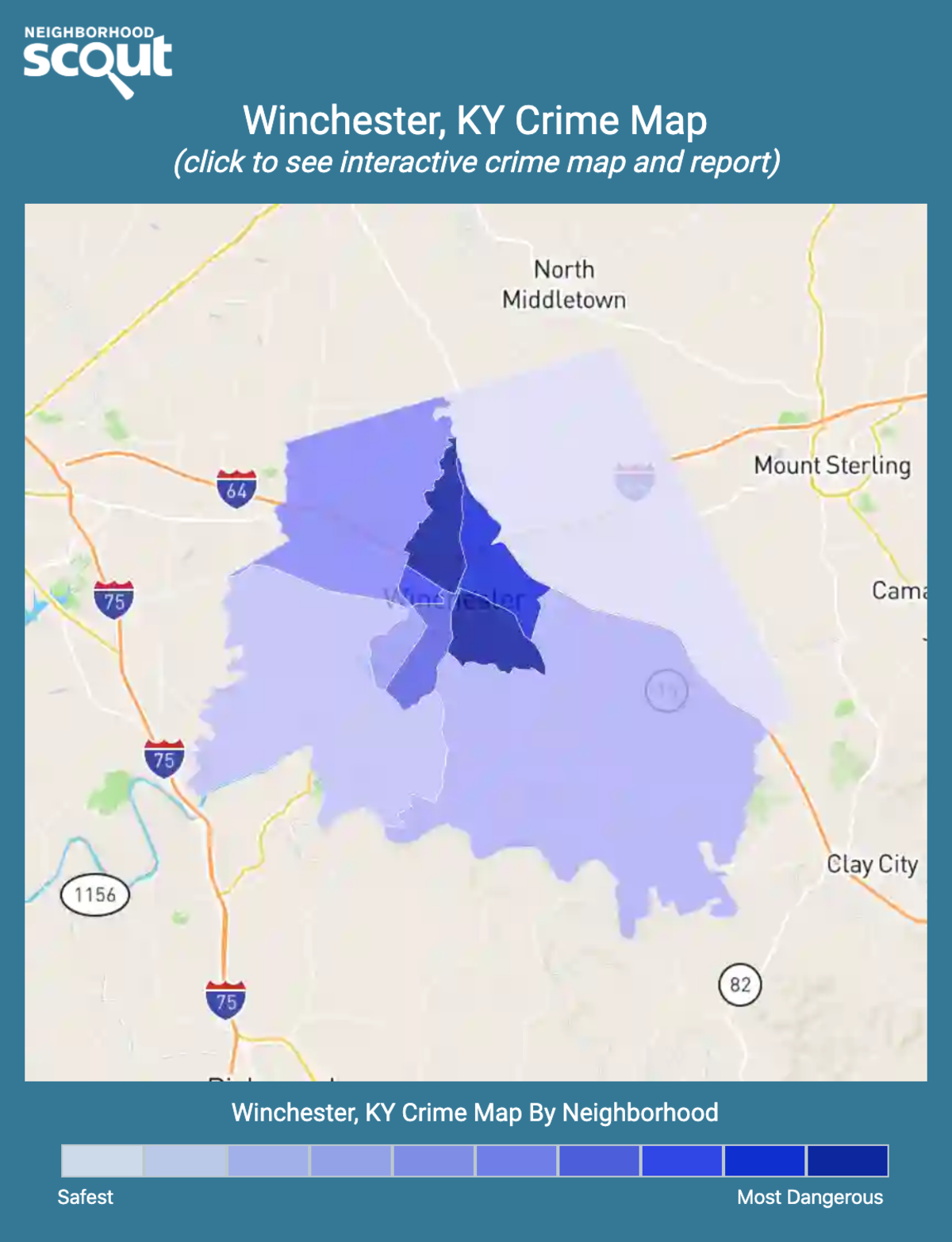 With a crime rate of 47 per one thousand residents, Winchester has one of the highest crime rates in America compared to all communities of all sizes – from the smallest towns to the very largest cities. One’s chance of becoming a victim of either violent or property crime here is one in 21. Within Kentucky, more than 97% of the communities have a lower crime rate than Winchester.

Separately, it is always interesting and important to compare a city’s crime rate with those of similarly sized communities – a fair comparison as larger cities tend to have more crime. NeighborhoodScout has done just that. With a population of 18,548, Winchester has a combined rate of violent and property crime that is very high compared to other places of similar population size. Regardless of whether Winchester does well or poorly compared to all other cities and towns in the US of all sizes, compared to places with a similar population, it fares badly. Few other communities of this size have a crime rate as high as Winchester.

In addition, NeighborhoodScout found that a lot of the crime that takes place in Winchester is property crime. Property crimes that are tracked for this analysis are burglary, larceny over fifty dollars, motor vehicle theft, and arson. In Winchester, your chance of becoming a victim of a property crime is one in 22, which is a rate of 45 per one thousand population.

Importantly, we found that Winchester has one of the highest rates of motor vehicle theft in the nation according to our analysis of FBI crime data. This is compared to communities of all sizes, from the smallest to the largest. In fact, your chance of getting your car stolen if you live in Winchester is one in 223.