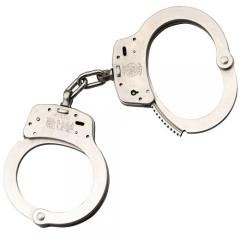 • A woman at 365 Canewood Drive told police that someone had hit her car the night before and damaged it.

• At 12:21 a.m. police got a call from 175 Hospital Drive that a woman who was 18 weeks pregnant had suboxone and methamphetamine in a bag.

•At 12:58 a.m., city police got a report from 250 Oxford Drive that someone had slashed two tires on a vehicle.

• Police responded to an injury accident at 4:20 p.m. March 19 at Maple and Madison.

• On March 19, a caller at 235 Buffalo Trace said someone had vandalized his dead uncle’s house, breaking a gate and destroying a shed.

• Police responded to a report of breaking and entering at 502 W. Lexington Ave. on March 19.

• On March 19, police received multiple complaints about constant drug trafficking at a residence on Calloway Street.

• Police got calls March 19 and 20 about possible drug activity on North Main Street.

• At 9:41 a.m. on March 20, police responded to a call about a Jeep hitting the side of a semi at Lexington Avenue and the Bypass.

• On March 20, police received a report that a subject dropped a wallet when leaving Dollar General, and someone had used their credit card.

• On March 20, a man reported to police that  two men had stolen from his business.

• On March 20, a caller at 428 W. Washington St. reported that someone had used his vehicle and not returned it.

• Police investigated a report of a theft of medicine at 125 Chatham Place on March 21.

• A report of a hit-and-run accident with property damage was made on March 21 at 3:42 at Maple and Boone.

• On March 21, police received a report that someone had broken into the vehicle of a resident at 125 Milwood Drive and stole her AirPods Pro.

• Noel Kaitlyn Owens, 23, was arrested by Winchester Police on March 21 and charged with leaving the scene of an accident and failure to render assistance, failure of owner to maintain required insurance, possession of marijuana, resisting arrest, tampering with physical evidence, second-degree disorderly conduct and operating a motor vehicle under the influence of alchohol or another substance.

• On March 19, Francesca Hewitt Bacon, 40, was served a warrant by the Winchester Police Department for another police agency.

• Tabitha Lynn Byrd, 39, was cited March 20 by WPD for operating on a suspended or revoked license and failure to maintain insurance.

• Jimmy Carlton, 32, was charged March 20 with operating on a suspended or revoked license and failure to maintain insurance.

• Chase Arthur Hedrick, 25, was charged March 20 with possession of marijuana and operating on a suspended or revoked license.